Brain development is a process that starts during embryonal development and extends into adulthood. The exact trajectories of development depends on both genetic and non-genetic factors, although the importance of these factors varies across development. Recently, genome-wide studies have identified a large number of genome loci that relate to the volumes of subcortical regions, independent of the total brain volume. These studies were performed in populations mostly consisting of adults, in whom brain development has already reached its peak. It remains unclear how these genomic loci relate to the different phases of brain development. Within the Generation R Study we studied how polygenic scores for subcortical volume related to brain images collected at the ages of two months and ten years. 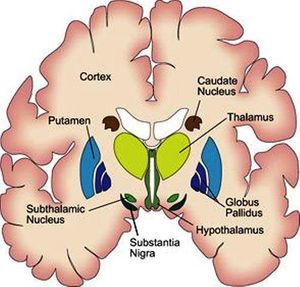